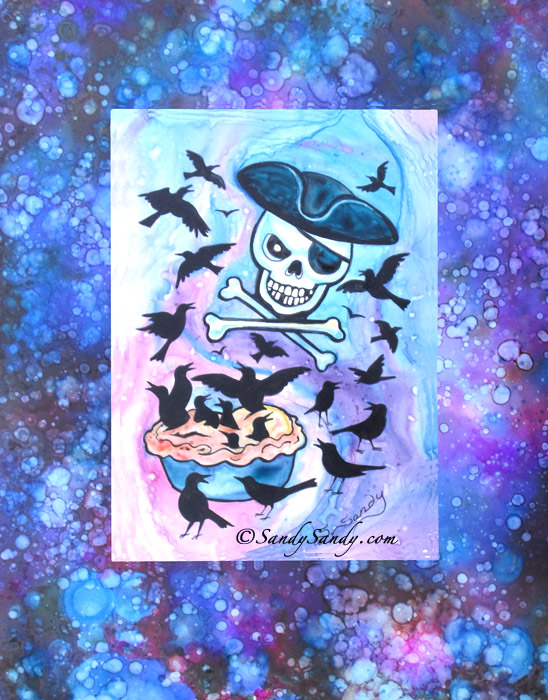 << PREVIOUS         LEGENDS GALLERY         NEXT >>
ID # i-2-13b
Sing a song of sixpence, a pocket full of rye     Four and twenty blackbirds baked in a pie.
The nursery rhyme, Sing a Song of Sixpence, actually originated in the 1700's as a coded message. It was used by the infamous privateer turned pirate, Blackbeard, and his confederates to recruit crew members for his marauding sailing vessels. Blackbeard's "blackbirds" were offered a day's wage of sixpence and a pocket (about a liter) of rye whiskey in addition to a share of the spoils. It was a good deal since most pirate vessels did not pay a salary and only offered a share of the swag, if and when they were successful.
Order something similar to this • Sold painting in any size or color scheme.
Email: ssandyssan@gmail.com about ordering a commission painting.